Some of the 79 Medical School graduates for whom Randy been the Dean.

This past Friday over 500 students from Hope Africa University received their diplomas! Seventy-nine of the graduates were from the School of Medicine! It was a proud day for them, their families and for all who have given to their education though teaching, mentoring, modeling and financial means. 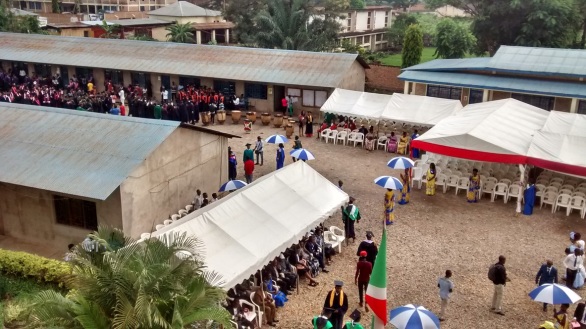 Students lining up by departments, Families being seated.  Drummers ready.

Lots of finery and fancy dress.

It was a great day of celebration and ceremony. The parking lot became the scene for the commencement filled with tents and chairs and the podium in the middle. Everyone was attired in festive clothes as families gathered to witness this day of honor and culmination. Photos were taken before, during and after capturing the moment that will not be forgotten

After the graduates had all walked in and taken their seats the ceremony was officially open with prayer, the national anthem, and the traditional Burundi drummers. There were speeches by all the important dignitaries—rector, head of the board, bishop, government education official, student body president—and several songs by a choir. One of the highlights (aside from the drummers who are always a highlight) was a performance of singing and dancing by a group of students representing the 19 different countries present at HAU. Their energy and gratitude was evident and complimented by the rest of the student body that join in singing with them. 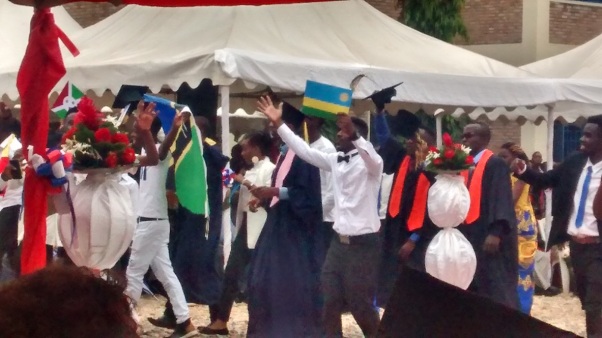 Some of the 19 countries represented at HAU 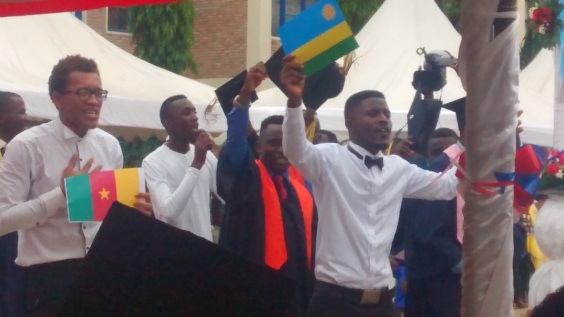 It’s been a long road for these graduates, filled with failures and successes, trying times of learning, new experiences and many challenges. All of which made this day even more rewarding and joy-filled. For Randy, and the other Kibuye ex-pat. doctors, it was especially gratifying as they have taught these students over the last four year—the majority of their clinical/medical courses. This is the largest group of doctors they have graduated because it’s the combination of two programs that have been combined by the government (those who started on a 7-year program and those who then had a 6-year program as the government changed the medical program to be in line with the East African Union post-graduate degrees). They have nurtured their learning, encouraged their growth and facilitated their progress in a myriad of ways that can easily be overlooked. But on this day all those efforts paid off and joined in the applause with smiles and the best kind of pride.

Presenting the medical students for declaration of their commencement.

Passing out the diplomas after the ceremony.

The day after the graduation there was a party for the medical students (which they organized, set-up and officiated). It was such a pleasure to see them able to assemble together as a class or group one last time, to congratulate one another, to thank those who had lead the way for them to become doctors and to savor this moment of completion. 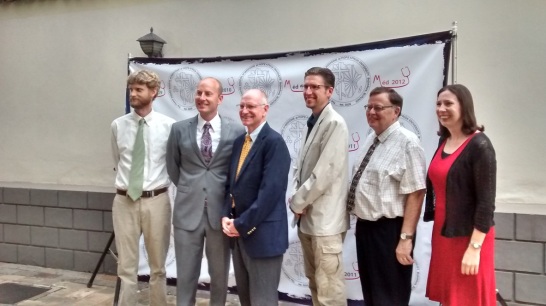 Some of the Kibuye doctors who came down to Buja for the commencement.

For those of us who have come to Burundi, responding to God’s call to help raise up “a generation of societal leaders”, it was a sweet, sweet day indeed. One we will savor as a testimony to God’s faithfulness whenever there are discouragements with the surety of HOPE.