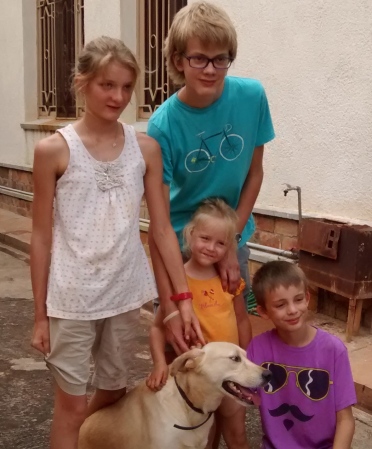 Our deepest sadness upon returning to Burundi in January was giving up our teammates, the Watts, to our sister Serge team in Kibuye. The instability and continued frequent nighttime gunfire in Bujumbura made it an environment non-conducive and non-viable for children. Nearly all NGO’s have pulled their non-essential personnel and family members out due to the ongoing insecurity and unrest. So after much council, discussion and prayer the best option was for them to relocate upcountry where they could still be with working with HAU at the Kibuye Hope Hospital and living with our sister team here in Burundi.

Though we know it to be the right decision our hearts deeply grieve this loss. It is one of those things we must accept with much sorrow. In the big picture the pluses certainly outweighed the minuses. But one big negative for the children was they couldn’t take the dog they had inherited with the rental house in Bujumbura to Kibuye so they had to find a new home for him. And that’s how we have come to own a dog. 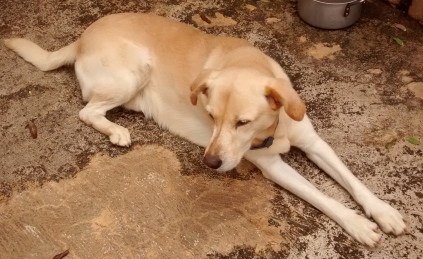 His name is Glo. Perhaps due to his golden, glowing color? He looks like a golden retriever although he’s most likely a mix. There are very few dogs here in Burundi and many of the ones we’ve seen look similar to this one, only often smaller. We are the third or fourth ex-pat family to take care of him. 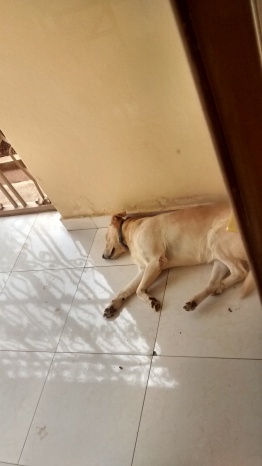 As dogs go he’s a very nice dog, friendly, good disposition and fairly obedient. He doesn’t bark too much but howls or whines when he’s lonely. That may be related to how much he misses the Watts children. He is an outside dog, which is easy in a place where it’s warm, but he is always trying to come inside, as he wants to be wherever people are. He just fits through the guardrails around the front door giving him access to the coolest place to sleep and be close to the front gate. 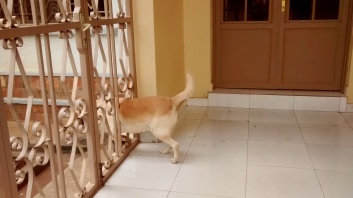 Most Burundian’s are afraid of dogs so we were not sure how our workers would respond to this new acquisition but they have all come to accept Glo and engage positively with him. Gilbert has gladly taken on preparing his food and feeding him. The night guard was a bit hesitant at first but I’ve heard him talking to Glo, which tells me he has also welcomed his company. Having a dog does provide one more deterrent to those looking for easy access to steal or cause harm, which the night guard certainly appreciates.

1 Response to Providing A Place