The View From Behind Our Walls 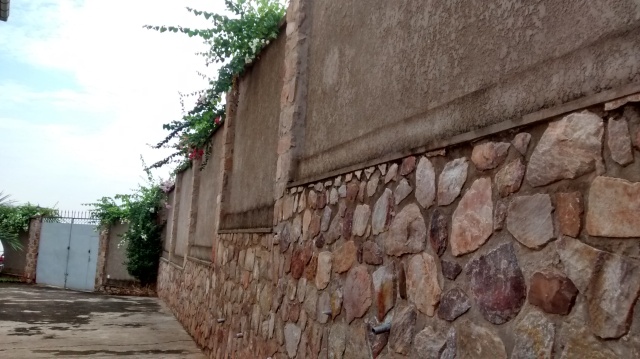 For the past three and a half weeks the view inside our walls has become very familiar to me as the city of Bujumbura has experienced protests, closures, an attempted and failed coup d’état and the aftermath of it all.  Most people have stayed at home behind their walls only venturing out as need be for food and essential business (us included).   And although everyone would like to have it over, get on with life and return to “normal”,  there are still elections to come for the Parliament and Presidency.  Many want to see multiple days of calm, quiet and peace before they venture out, send children back to school, make plans beyond tomorrow. 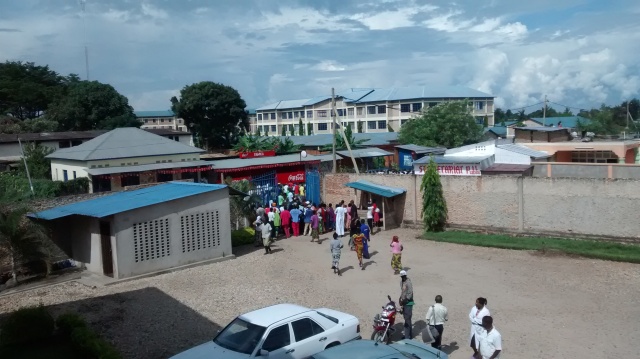 Day 2 of protests–watching from clinic as protestors marched down the street in front of university.

For nearly a month the classrooms have been empty, not the least of which is because the university sits between two of the protesting neighborhoods where there has been teargas, water canons, gunfire and some deaths.  Many students have returned to their homes upcountry or in other countries or found places to stay in different neighborhoods.  Randy has continued to go to the clinic to make rounds on days that are quiet but even he has had to go through police checks and avoid streets that have been barricaded. 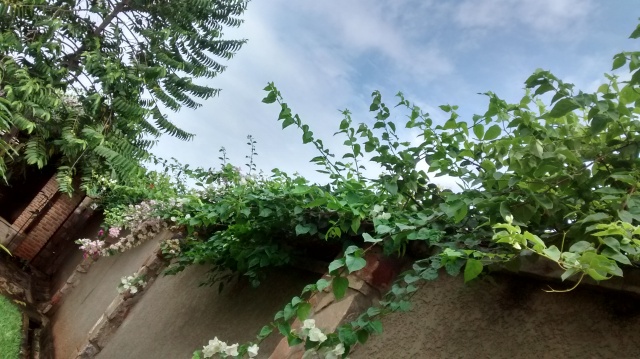 We’ve sent visiting professors home early since they had no students to teach and movement around the city became difficult and increasingly unsafe.   We’ve sent our team mates upcountry to a calmer environment for their family.  We made plans for me to go to France to continue studying French since I am unable to do much else here.   Unfortunately, the day before I was to leave the attempted coup took place closing airports and borders.  (Then there was also the small issue of the fact that our passports were in immigration getting the exit visas to leave the country, we now have them in hand.)  Over the past weekend many expat families have taken their dependents out of the country as schools are not reopening, movement around the city has been so restricted and the tension of protests and fighting have made normal life untenable. 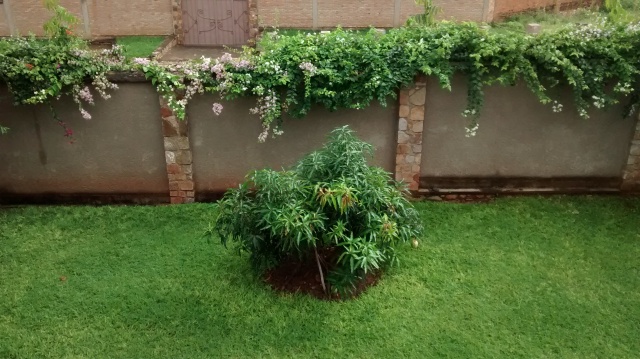 As circumstances so often teach us–we know that we are not in control.  We find ourselves caught up in historic and political events beyond us.  We try to make informed decisions but we find our cultural expectations and experiences are no match for events such as this.  We desire to continue with our purpose for being here but unable to due to these things beyond our control.  We know our call and commitment is bigger than the road blocks we are experiencing but we have no ability to remove them.  Our human responses of frustration, anger and fear are not constructive and drain us of hope if we dwell on them.  We find ourselves “treading water”, seeking still to be productive, work, serve and not give up. 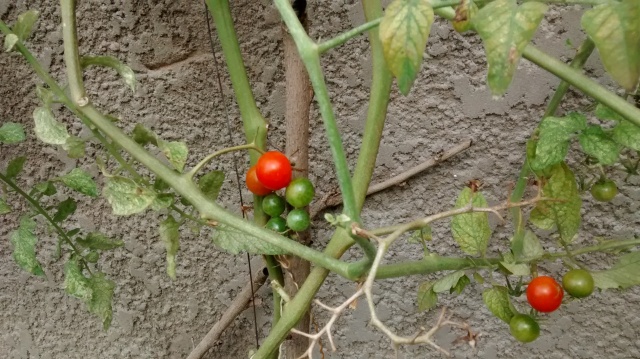 For Randy this has meant continuing to make rounds, orchestrate sending students to various hospitals for stages under changing circumstances and making contacts with professors and resources for classes that will need to be taught in the future.  He seems to take it all in stride, always seeking to find a contingency plan when a road block appears.  Maybe that’s his years of ER training kicking in. 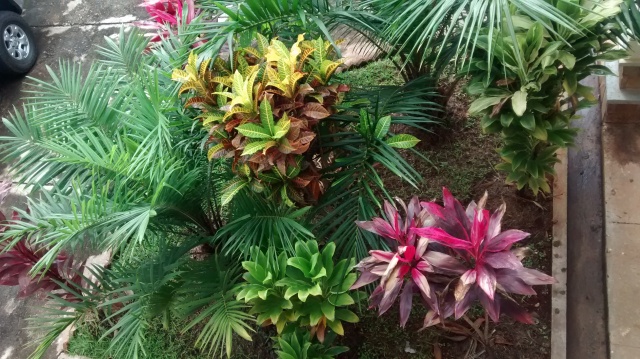 For me, I am still trying to get to France to participate in a french language immersion course, which has proved to be quite difficult in the current state of things.  So as I experience my frustration level hit the ceiling, especially after nearly a month of being a “caged bird”, I am reminded to reiterate to myself the true reality that is above and beyond my emotions (Habakkuk 3:17-19, for example).  I find I must look at the beauty and wonder that is around me speaking hope.  And I must continue to pray for others, especially those who are full of fear and have limited means for escape or safety.   We continue to trust in the One who holds all things in His hands and never forsake us.

Here is another perspective of these events from our sister team, http://mccropders.blogspot.com     We share many of these same observations and experiences but it’s too much to write in one blog post.

3 Responses to The View From Behind Our Walls