Little did we know when we went to learn French in Albertville that God was also at work calling another family to come teach in Burundi at HAU. We thought we were there just to study French but through some fortuitous events we found to our great surprise and delight there was a Canadian family, the Watts, just one hour away in Grenoble (who already knew French!) that were also interested in educating the next generation of leaders and citizens in Africa. We met together several times. George and Randy took an exploratory trip to Burundi in November 2013. They applied and were accepted to Serge. They raised money to support their family of six. And now, they have arrived to work and live here in Burundi. We have teammates! It’s a constant reminder of the goodness of God and His mysterious ways. Who would have thought this up?

They have been here about a month and although they are not unfamiliar with the “twings and twangs” of cross-cultural living, they have been experiencing some of the differences of Burundi. So I asked each of them three questions about their first impressions:

Jonah (13) said, “ All the different types of taxis there ar 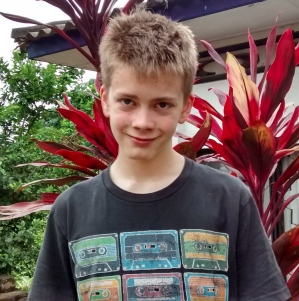 e, motorcycles, bikes, tuk-tuks, and what people do with them is surprising.” Then he added that seeing the car that caught on fire two doors down from them was also pretty surprising. He likes the fish and chips and the pizza here (I can concur with this!) But he’s missing candy or internet, depending on which one is in short supply at any given time. 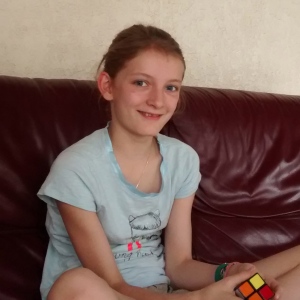 Matea (11) said, “How much stuff people can carry on their heads.   We just saw a guy carrying a lawn mower on his head going down our street.” She likes the carrots here because they taste a lot fresher. She’s missing their church the most and all their friends in Sunday school.

Micah (9) also said, “How many things people can put on their head, like two big things of bananas. I did see two people and a goat on a motorbike, too” He likes the pineapple best and has been known to eat a whole one by himself in one sitting. He made an interesting observation—“Usually when you eat a lot of pineapple it feels funny on your tongue but not here, it doesn’t do that!” He misses his cousins.

Alma (3.5) unfortunately had been sick and was sleeping while all this was going on so her comments will be forthcoming. Thankfully, she appears to be recovered by this picture.

Susan (mom) said, “I’m surprised at how beautiful Burundi is—the colors, the color of the soil, how green everything is, the colors in the fabrics and women’s dresses.   I love the tropical feel of the trees and bushes.” (Of course they left Canada in snow and cold!) She is really enjoying all the fresh produce here like the fresh fruit, which is so fresh you have to eat it right away. But she had to admit she’s missing Costco. Very understandable when shopping for a family of six!

George (dad) said living in France prepared them in some ways for how things are done differently and how time consuming the nature of getting stuff done can be, but what has surprised him is how people here just seem to take it in stride, they don’t seem rattled by it or complain, they just work around it and go on living and adapting. He likes the good coffee here (especially since his Ph.D. business thesis was about coffee development). He’s missing having an easy way to get around since they don’t yet have a car.

As you can see by their great smiles, they are all doing well. It’s been a bit slow to settle in because the house they will be renting was not available for three weeks, which means two moves and biding some time. But Susan has jumped into their homeschool curriculum and has been keeping them occupied. Also, one of the best places to buy food is less than a mile away. Another good thing when you don’t have a car. We are so thankful for these co-labors, not only because they are interesting, easy-going people who are fun to be around, but also because we see their willing spirits and open hearts to the students at HAU and the people of Burundi.

1 Response to Meet the Watts Family, Our New Teammates!