Posted on December 4, 2014 by carolynjbond 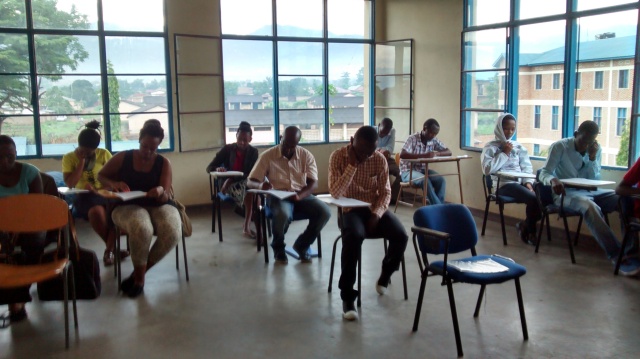 After sixteen weeks of class and some twelve weekly papers, the last day of English 2 (Writing in English) came to a close with the final exam. I’m not sure who was happy to see the last day, the students or myself. This is what I saw when I walked into class on exam day, only a few desks. “Facing African realities” at HAU often means finding a desk to sit in. There are not enough so they move from room to room as needed.   By the time all the students had arrived for the final exam the room was full of desks with students in them. 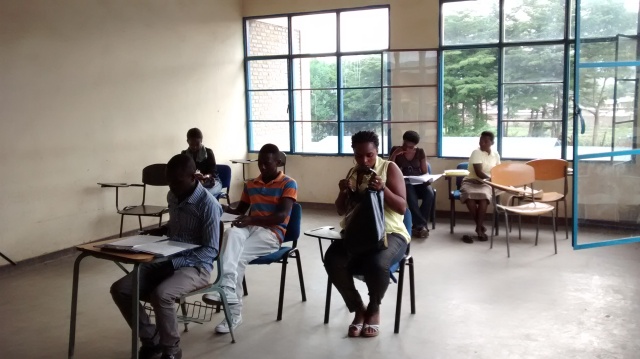 Where are the desks and the students?

Though I have written many academic papers in my college experience and post-graduate degree, teaching this course has been a huge stretch for me.   Not only are the students English language learners ranging from beginner to intermediate, but their educational experience thus far is very different from an American system. It has not prepared them in the skills of critical thinking, analyzing or logical argument. Most have not had access to libraries or many experiences with academic types of writing. Nothing like practice to learn how to do something so we practiced writing a lot. As the semester progressed I saw improvements in their writing and they hopefully benefited from my learning how to better present and find ways for them to practice. Nonetheless, I, like the students, was very glad to see the course come to an end and look forward to getting back to teaching grammar next semester (never thought I’d be saying that!). 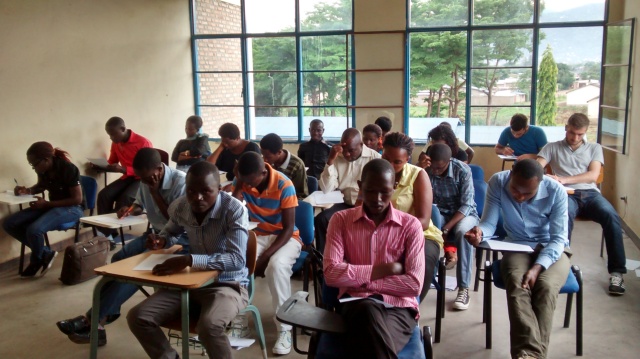 While I had two writing classes this semester the true highlight of my week was the several small conversation groups that got underway. Two of these were with administrative staff that wanted more opportunities to speak English for which I volunteered to facilitate. We discussed many different topics, told Bible stories to one another and increased our English vocabulary. 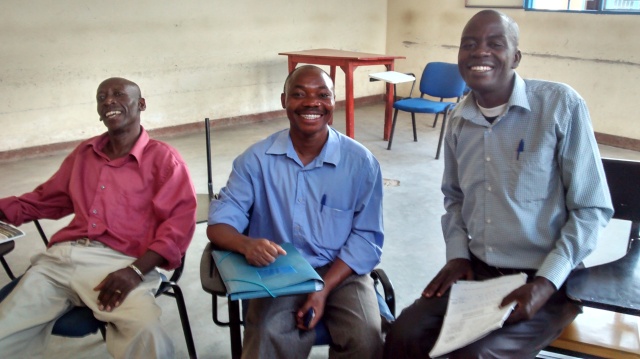 Another conversation group was made up of five first-year men with occasional visits from other friends of theirs. They were all intermediate level or better English speakers, who wanted to improve their English and discuss their hopes and visions for Africa. They were the philosophic group that was keen on flushing out the school’s motto of “facing African realities”. All had scarring experiences as children from war, displacement, living as refugees. Several were from Congo (DRC), which continues to struggle with war. Even with their past challenges they all had hope for a better future, a deep desire to be leaders who serve others and make a difference for their communities. 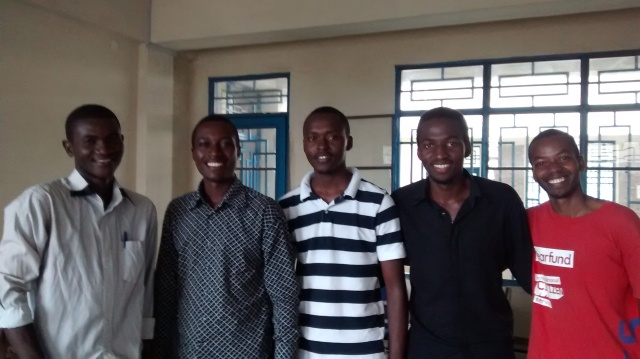 I felt highly privileged to facilitate an environment in which they could listen to one another’s ideas and be as iron sharpening iron as they questioned each other for examples, clarity and facts that go beyond perceptions. After our last meeting they gifted me with a traditional Burundian wood carving of a boat with three rowers in it. Together they wrote a little story about the boat, it’s occupants, the risk and adventure they were taking as a demonstration of their own journey and our lively discussions. Proving to me again that sometimes it’s the smallest of things that makes the biggest and most lasting impression, such as taking time to listen and respect another person. 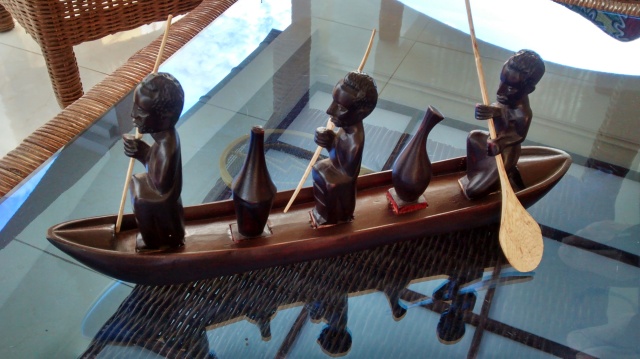 Recently a friend asked me what some of my best days in Burundi have been. In answering I realized many of my best days have been when I’ve been able to engage, converse and work with these students and conversation groups—another confirmation of being where we are meant to be for now and a cause for thankfulness and rejoicing.