If you look up the word “faux pas” in an english dictionary it gives the definition: “an embarrassing or tactless act or remark in a social situation <ORIGIN> French, literally ‘false step'”.  In learning french I’m sure we’ve had way more of these than we are aware of but here is one we will laugh about for a long time. 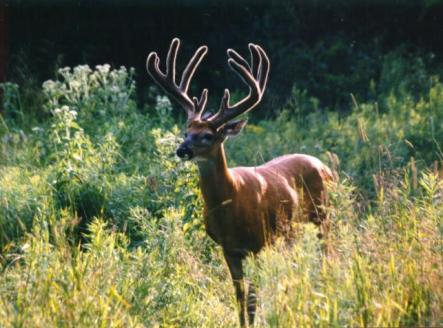 Randy and his language partner, Michel, were talking about the mountains, the snow, rain, and other hazards in the mountains.  Randy asked if they had deer in the area and if they caused a problem for drivers.  The word for deer in french is “cerf“.  Randy knew the word so he used it when he asked his question.  Michel answered “non”.  Randy went on to say (in french) that deer were a big problem in the US.  He said that because so many people live in the suburbs around the cities they are many deer on the roads.  He told how they ate our gardens and they were everywhere.  He tried to say how especially during mating season they were crazy due to mating.  He said we had hit two in our car, two different times.  He went on to say they were such a problem that the authorities were allowing them to be shot, not with guns or pistols but with bows and arrows.  It was during this part of the story that Michel was really looking worried.  He asked, incredulously, “you mean they let them shoot them?  The “surf?”  Randy act out with his hands on his forehead like antlers, “Yes,the “cerf“. They use bows and arrows because it’s in the areas of population.”  Michel said, “Wait, do you mean “surf” or “cerf“?”  Randy realized that all this time he’d been saying the word incorrectly!  The word “cerf” is said without the “f” on the end but the word “surf” with the “f” on the end pronounced means “snowboarder “.  All this time Michel thought Randy was talking about “snowboarders”!

We began to rethink all the things Randy had just said from Michel’s understanding–snowboarders are a real problem in the US, they eat our gardens, go crazy during mating season, we’ve hit two of them in our car, people are shooting them with bows and arrows to cut down on their populations because they have no predators!  Michel had been listening politely and acting like he understood what Randy was saying, but he admitted the story sounded very strange and was getting weirder and weirder.  All three of us were laughing so hard due to this “faux pas” and how ridiculous it must have sounded.  Now multiply this by a thousand and you can begin to understand why there are so many misunderstandings between people of different languages, even on the best days!  At school people are always sharing these types of “faux pas”, which keeps us laughing at ourselves and keeps us humble and learning.  But how many strange impressions do others have of us due to these types of “faux pas”?  One can only wonder and laugh!

2 Responses to A Funny “Faux Pas”