With the arrival of spring there is the inevitable arrival of spring break.  For many students in the U.S. this means heading to the beaches in Florida.  In France, students get two weeks off  school in the spring.  For many families it means heading to the beaches in Spain for one of the two weeks.  Since our school was closed for the two weeks also, and thinking we might not get this opportunity again, we took a five day venturer south into Spain, with Barcelona as our destination.

Our first night we stayed in Figueres, Spain, home to the Dali Museum, which houses many of Salvador Dali’s works in the former municipal theater.  Dali was a surrealist, with much of his art work depicting the realm of dreams and the subconscious.  It certainly was creative, odd and thought-provoking. 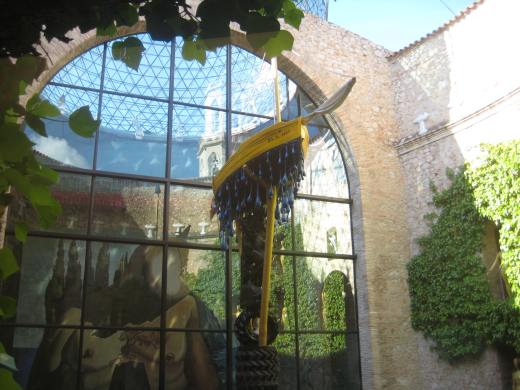 Boat of dreams with blue tears dripping from it.

From there we drove to Barcelona for two nights.  We found ourselves experiencing yet another culture change as we had difficulty reading the expressway exits (in Catalan and Spanish) and not grasping what makes innate sense to a Spaniard but not to an American who’s been living in France or Malawi.  Eventually, we found our way to Park Guell, the first of several places we wanted to see designed by Barcelona’s beloved architect, Antoni Gaudi. 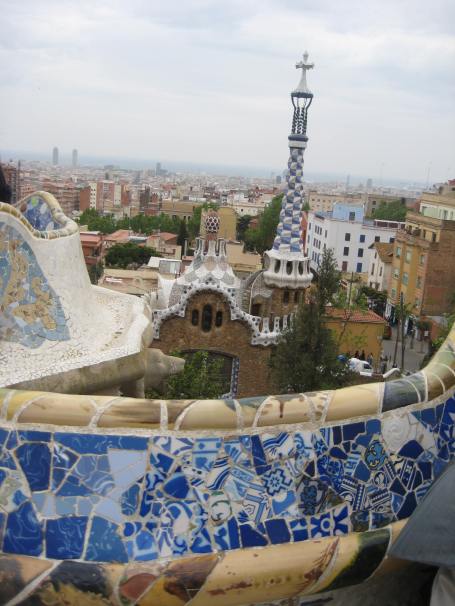 Park Guell is a lovely park that sits on a hill overlooking Barcelona.  It has many whimsical and interesting design features incorporated into the landscape of the park.  Originally it was to be a type of subdivision or housing tract for those who could buy a lot and build a house to live there.  But the idea did not result in buyers for the lots so no houses were built on it, the only one that is there already existed when Gaudi was asked to design the space.  It’s the house he ended up living in for a number of years.  There were many mosaics, curved walkways, arches and features that reflected nature.  It was fortunate for Barcelona that this piece of land was not developed but remains a park for all to enjoy.

Gaudi’s most famous work in Barcelona is La Sagrada Familia.  It’s a cathedral which began in 1892.  It is not yet finished, though it was officially opened in 2010 with a grand ceremony by the Pope.  The projected date of completion is 2030.  From the pictures I had seen of it I was a bit skeptical.  It looked like a giant sand castle. 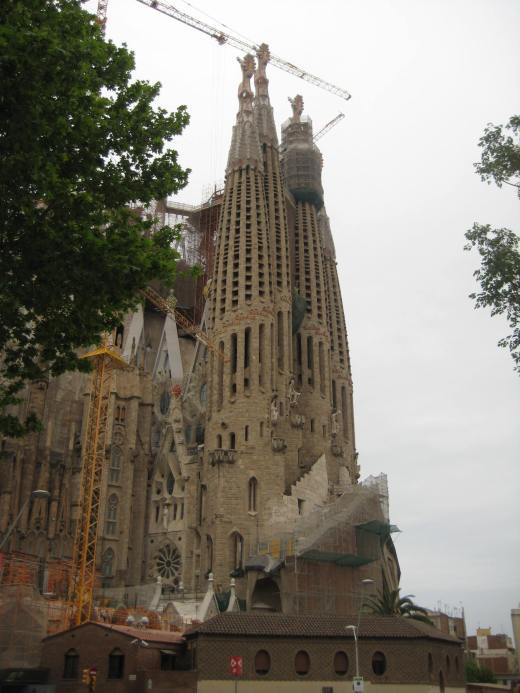 How could it compare with the gothic cathedrals of Europe?  But it is truly an amazing building, especially as you experience it and come to learn of all the ways Gaudi observed and incorporated designs of nature into the architecture of it.  He was a very devote Catholic and a keen observer of nature.  He utilized the design structures of leaves, flowers, plants, trees and root systems to inform the design of pillars for structural support, the flow of light into the cathedral though the windows and the movement of sound through the church.   He also incorporated many places where all of humanity is represented as in the main doorway which has carved into it the Lord’s prayer in something like over 50 different languages (sorry I don’t have a picture of it!).

One sculpture in the series of sculptures telling the story of the passion of Christ.

There are numerous Gaudi designed buildings and architectural  features in Barcelona.  We walked by two that are the more famous among these.  First, Casa Batllo, a house Gaudi designed which is now a museum.

Second, La Pedrera, an apartment building, along the same boulevard.

We were also able to walk many of the old city’s neighborhoods, visit the famous market on The Rambles and make a timely visit to the Picasso Museum as the rain began.  Vibrant, bustling and noisy, we found many cultural differences in Barcelona from Albertville.  Is this the differences in cultures?  Or the city over the small town?

After our third night we left Barcelona to visit Monserrat, an old monastery thirty minutes outside of the city that hangs on the side of the Pyrenees.  We had hoped to take the funicular up to the top of the mountain to see the views and walk back down to the monastery.  Unfortunately, it was the third rainy day so hiking in the clouds over the mountain defeated the purpose of taking in the views to the Mediterranean.   We were blessed with a “free day” at the monastery’s museum since it was a “feast day” in the church’s calendar.  They had an amazing collection of Spanish artists with many impressionists (our favorite art genre).  The museum was a delightful surprise and dry!

Heading north into the Pyrenees, back to France, we had to drive through a long tunnel.  When we came out on the other side we were greeted by a winter white world of snow!  Spring break?  Is it May or January?  A spring storm dropped 4-6 inches of wet snow the night before.  Thankfully, the roads were already plowed and cleared!

Snow in the Pyrenees

Dropping down out of the Pyrenees we were back in the green of spring, with some sun shine and French street signs and menus we recognized.  We were thankful for the respite from classes, the time to experience yet another culture and to see how we’ve grown familiar with some French culture as we experienced the contrast of Spain.

We are anxious to get back to school and continue the learning process.  We’ve been reinvigorated and the next month will have several interruptions due to a few national holidays and our own mission agency holding its every third year mission wide conference at the end of the month.  So the spring break ends, students return to school, the cafes are empty until the rain stops and the summer season begins.   We are thankful for the ways God restores our souls as we continue on this journey of being students again,  learning french.