We have been told that if you are going to have a party in Malawi you have to have two things:  meat and music.  Once Randy decided to have a party for the support staff of the Peds. Dept. it became an adventure to executing it.  We we’re able to get some good advice and a few names from someone else who’d given a party a few months back.  Then it became my job to “make it happen” since I am the “gopher” here. 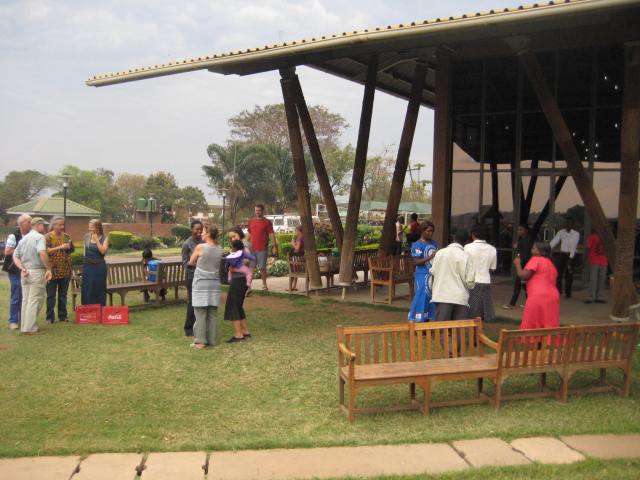 First Randy got permission to host the event on the Baylor lawn which is right next to the hospital so everyone would know where to go for the event.  Then he gave out 80 invitations.  I met with Andrew, who would barbecue the meat on braii’s, and Kauwa, the caterer, who would bring the side dishes.

I made 135 cupcakes (without frosting) for dessert and froze them until the day of the party. 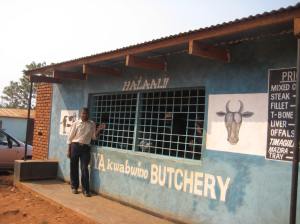 Two days before the party I picked up Andrew and we went to his butcher to buy 25 kgs of beef, 14 chickens and 12 packages of sausage along with spices, garlic and toothpicks and a large bag of charcoal. 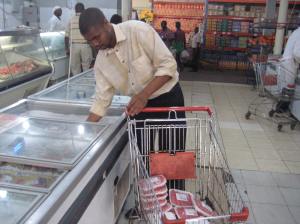 Then I took all the meat home and stuffed it into my refrigerator.  I also picked up extra paper plates (caterer had her own plastic ones, but just in case), forks and spoons, napkins, buckets with taps on them for water and Sobo (orange drink mix).   The day before the party Randy filled five crates with Coke and Fanta.  (Unfortunately, I was not well that day so he had to do this part on his own.) 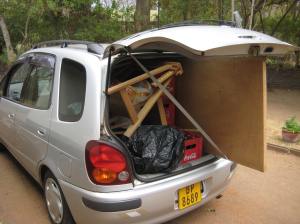 On Sunday, party day, we loaded our little car with a make-shift table, crates of Coke, meat, charcoal and all the rest to take it over to the party site.  Then Randy had to borrow a truck to first pick up the braiis (barbecues) and the cooks and then the speakers for the DJ.

At noon, when the party was to “start”, the braii guys were just beginning to prepare the meat and start the braii’s.  The caterer was there with food on the table but no one else.  We had been told if we said noon–4 most people would come at 2 when the meat was ready (and they were right!).

The speakers got set up and the music started.

The meat was cooking.

The side dishes of rice, vegetables, nsima were ready.

The dancing began!  And there was indeed a party!

Once again Sulamani joined the festivities!

There was dancing, food, laughter and fun!

We were blessed with a cool day with a nice breeze and a beautiful setting to honor these Malawian co-workers.  When everyone had eaten and there was still meat and food left Randy and some others took it over to the Pediatric ward to share with the patients and their guardians.  From then on the clean up was easy.  A good time was had by all.  We were very blessed to be able to share it.